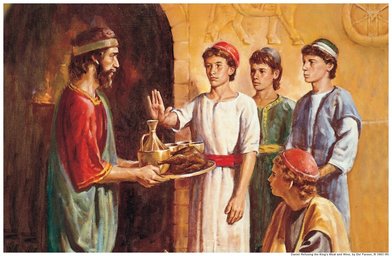 Careful What You Eat
By Mark Flippo

Life and death was decided by what they ate! Is it any wonder most of us are sick from one thing or another. We must change our bad eating habits, if we want the kind of health that Jesus would give us. We need to put some effort into it.
I need, I mean we need to exercise! Preaching to myself as well as you in this one!