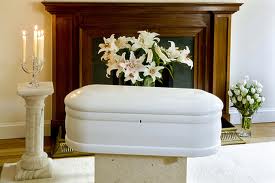 It Isn’t Just Another Day!

My wife and I had a bus route in Overland many years ago. We would go out and bring the children, teens, or adults to Sunday School. All were welcome. We had a very shy little five year old named Angie, her mom's name was Mary. We had brought Angie to Sunday School for some time. The mother stayed home but Angie was always ready for us. We dropped her off after Sunday School and said “We’ll see you next week”.
One fateful Sunday morning was our last to see them both alive. Next week never came for either of them. We received a phone call Monday afternoon from her babysitter. They had both been stabbed to death. The mother and her boyfriend were found in the living room with multiple stab wounds and Angie was found in the bedroom in the corner. She had been trying to hide.
​This was so painful! We questioned ourselves, did we say enough to her mother to reach her? Did we fail them? We cried for a long time. At the viewing they were both in the same coffin. Her mother's arm around her for the last time. Never think it is just another day. Give your heart daily so you will never have this kind of regret!