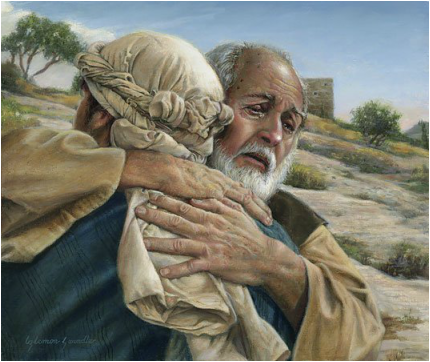 ​Luke Chapter 15
13-And not many days after the younger son gathered all together, and took his journey into a far country, and there wasted his substance with riotous living.
14-And when he had spent all, there arose a mighty famine in that land; and he began to be in want.

20-And he arose, and came to his father. But when he was yet a great way off, his father saw him, and had compassion, and ran, and fell on his neck, and kissed him.

24-For this my son was dead, and is alive again; he was lost, and is found. And they began to be merry.

This situation has happened to so many of us! Our children get full of themselves and many leave us for the wrong reasons! This son finally came to his senses and understood that living at home was not a bad thing after all! Keep praying for those children. Even if it is not your family you may know others that children have done them wrong! Give them time. Prayer is the only thing that will help them change their minds!
​
​http://moderndayparablesrcf.com