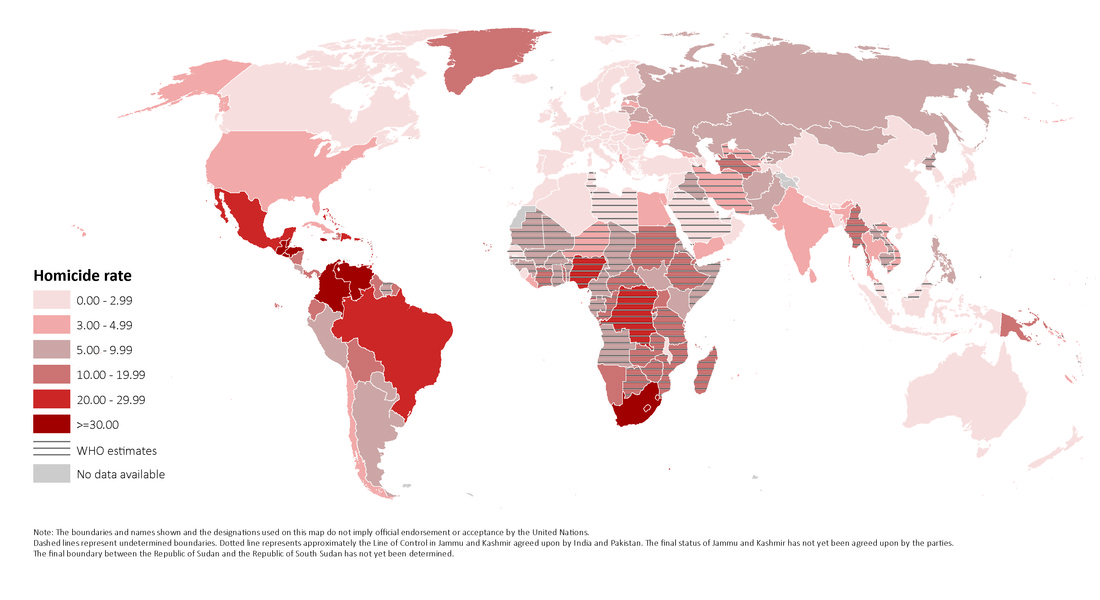 Where Is Your Love!
By Mark Flippo

The Global Study on Homicide 2013 found that nearly half a million people were intentionally murdered in 2012, and killings were largely concentrated in two regions: the Americas and Africa.
According to the study, almost half of the 437,000 murders took place in countries with just 11 per cent of the global population. In 2012, the Americas overtook Africa as the region with the highest rate of killings.
Sadly, the concentration of deadly violence in specific parts of the globe is nothing new. Murder rates in the Americas have remained high for decades, around five to eight times higher than Europe and Asia since the 1950s, according to the report. Tellingly, the U.N. notes that the Americas have a vastly lower conviction rate for murder, at 24 per cent, compared to 48 per cent in Asia and 81 per cent in Europe.

We say we Love but how much do we pray for a lost world? Almost a half million murders and this was in 2012, can you imagine what it is now. Shame on all of us. We all can pray and need to step up our time we spend asking God intervene where He will. Not everyone will be saved! Everyone can be but many do not accept God's Love! Something has to give! We can not go on this way! If this does not tear you up inside, you need to go back and ask God to give you a fresh perspective on where your priorities should be. Stop being victims and become those that God uses to change the world for the better! Stop letting our brothers and sisters of the human race be slaughtered! Please God forgive me of not loving like you love!