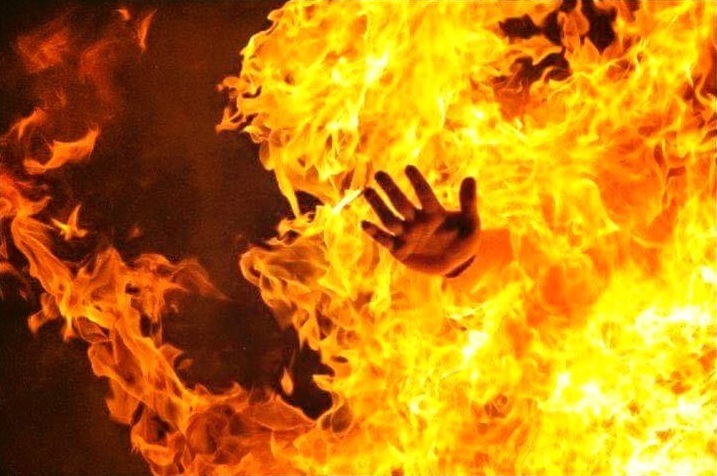 Not Ready, Here He Comes
By Mark Flippo

Romans Chapter One (MSG)
18-But God's angry displeasure erupts as acts of human mistrust and wrongdoing and lying accumulate, as people try to put a shroud over truth.
19-But the basic reality of God is plain enough. Open your eyes and there it is!
20-By taking a long and thoughtful look at what God has created, people have always been able to see what their eyes as such can't see: eternal power, for instance, and the mystery of his divine being. So nobody has a good excuse.
21-What happened was this: People knew God perfectly well, but when they didn't treat him like God, refusing to worship him, they trivialized themselves into silliness and confusion so that there was neither sense nor direction left in their lives.
22-They pretended to know it all, but were illiterate regarding life.
23-They traded the glory of God who holds the whole world in his hands for cheap figurines you can buy at any roadside stand.
24-So God said, in effect, "If that's what you want, that's what you get." It wasn't long before they were living in a pigpen, smeared with filth, filthy inside and out.
25-And all this because they traded the true God for a fake god, and worshiped the god they made instead of the God who made them - the God we bless, the God who blesses us. Oh, yes!
26-Worse followed. Refusing to know God, they soon didn't know how to be human either - women didn't know how to be women, men didn't know how to be men.
27-Sexually confused, they abused and defiled one another, women with women, men with men - all lust, no love. And then they paid for it, oh, how they paid for it - emptied of God and love, godless and loveless wretches.
28-Since they didn't bother to acknowledge God, God quit bothering them and let them run loose.
29-And then all hell broke loose: rampant evil, grabbing and grasping, vicious backstabbing. They made life hell on earth with their envy, wanton killing, bickering, and cheating. Look at them: mean-spirited, venomous,
30-fork-tongued God-bashers. Bullies, swaggerers, insufferable windbags! They keep inventing new ways of wrecking lives. They ditch their parents when they get in the way.
31-Stupid, slimy, cruel, cold-blooded.
32-And it's not as if they don't know better. They know perfectly well they're spitting in God's face. And they don't care - worse, they hand out prizes to those who do the worst things best!