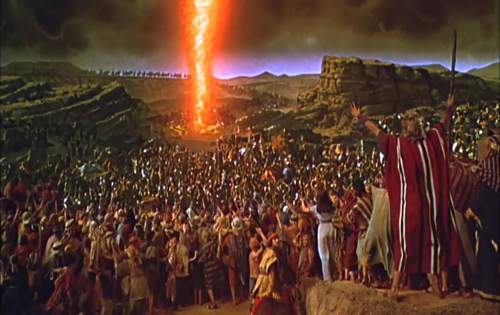 Most Never Made It!
By Mark Flippo

Not all that came out of Egypt were saved. Some came for the wrong reason!
It sure looks like in every crowd there are those that truly are rightly motivated.
God knows our hearts! You can't fool Him! You can be in the middle of people but when He singles out that's it! When it is time for judgement nothing can save you then. Get right or get left! Repent or be like the tribe of Korah!

Numbers 16:1-40 indicates that Korah rebelled against Moses along with 249 co-conspirators and were punished for their rebellion when God sent fire from heaven to consume all 250 of them. Korah's Reubenite accomplices, Dathan and Abiram, were also punished when God caused the ground to split open beneath their feet swallowing them, their families, anyone associated with Korah, and all their possessions.

Numbers 16:41 Furthermore, the Israelites who did not like what had happened to Korah, Dathan, and Abiram (and their families) objected to Moses, and God then commanded Moses to depart from the multitude. God then smote 14,700 men with plague, as punishment for objecting to Korah's destruction.

Thank you pastor C. Davis for the inspiration for this lesson!