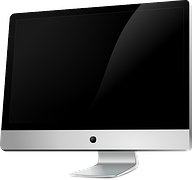 Refresh Your Screen
By Mark Flippo

Have you ever been stuck in a situation and no matter how you work around it you still come back to the same bad outcome!? Computers are a huge object lesson in the matter! Anyone that knows something about computers know workarounds! I received a major downgrade for the hosting company that has the responsibility to keep my site going! They called it an upgrade but they must have never worked with it!! It has been a trial by fire!!!!
They had botched it up completely. It takes me two to three times longer to do the same things I did before! Anyone out there been through that kind of a disaster.
Everytime when I worked at one company they would come and say" We have a new upgrade for you" ​I would just cringe! I knew it was going to be up to me because I would be spending my time finding work arounds. If you told them after you worked with it that it was a lemon, they would refuse to believe it!
Your boss that does not work on it but still says "just deal with it"! People were always harder to deal with than any computer no matter if God gave computers to us or the other direction. How many things did you send, and they went to La La Land, where they are never seen again?? Try refreshing more than just your screen. Talk to God and let Him refresh your mind!!!!