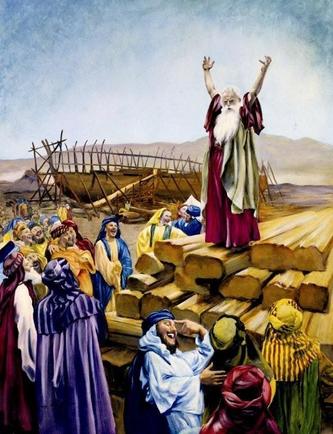 Although Noah preached to a world full of sin the only humans that went into safety with him was his family. Ministers can get discouraged but just look at Noah. He obeyed God and tried his best to help others see the light. If he based his results by percentages he would have been very sad. I wonder if he ever thought he was making progress, or did he feel like he was wasting his time. Minister of the Word of God, it is never in numbers. You may feel like it's a losing battle and maybe it is to you. His Word will never return void! It maybe only one but in God's sight that is His will! Wide is the path that leadeth to destruction! His Love must shine through no matter if your up or down! Keep steady Child of God!