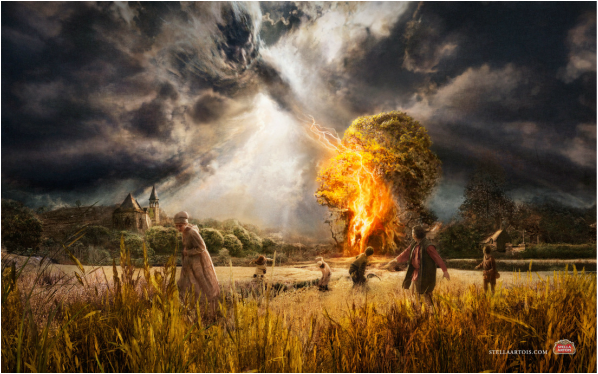 Even They Must Obey God
By Mark Flippo

Mark 1:34 MSG-34 He cured their sick bodies and tormented spirits. Because the demons knew his true identity, he didn't let them say a word.
Mark 1:39 MSG-39 He went to their meeting places all through Galilee, preaching and throwing out the demons.
Mark 5:12 MSG-12 The demons begged him, "Send us to the pigs so we can live in them."

Just in these three scriptures it shows of how He dealt with their kind! He shut their mouths so they could not say any words! Next He went about throwing out demons from bodies that did not belong to them. Followed up with when demons begged to let Him to let them live in a pig's' body that they felt that was better than being banished Jesus granted it.
​He knew they would only be in those bodies for a short time because the pigs had sense enough to drown themselves rather than be controlled by demons. They will never win!! Jesus has always been their master and always will be. They must go and do His will wherever He wants them to go and do whatever He wants them to do!!